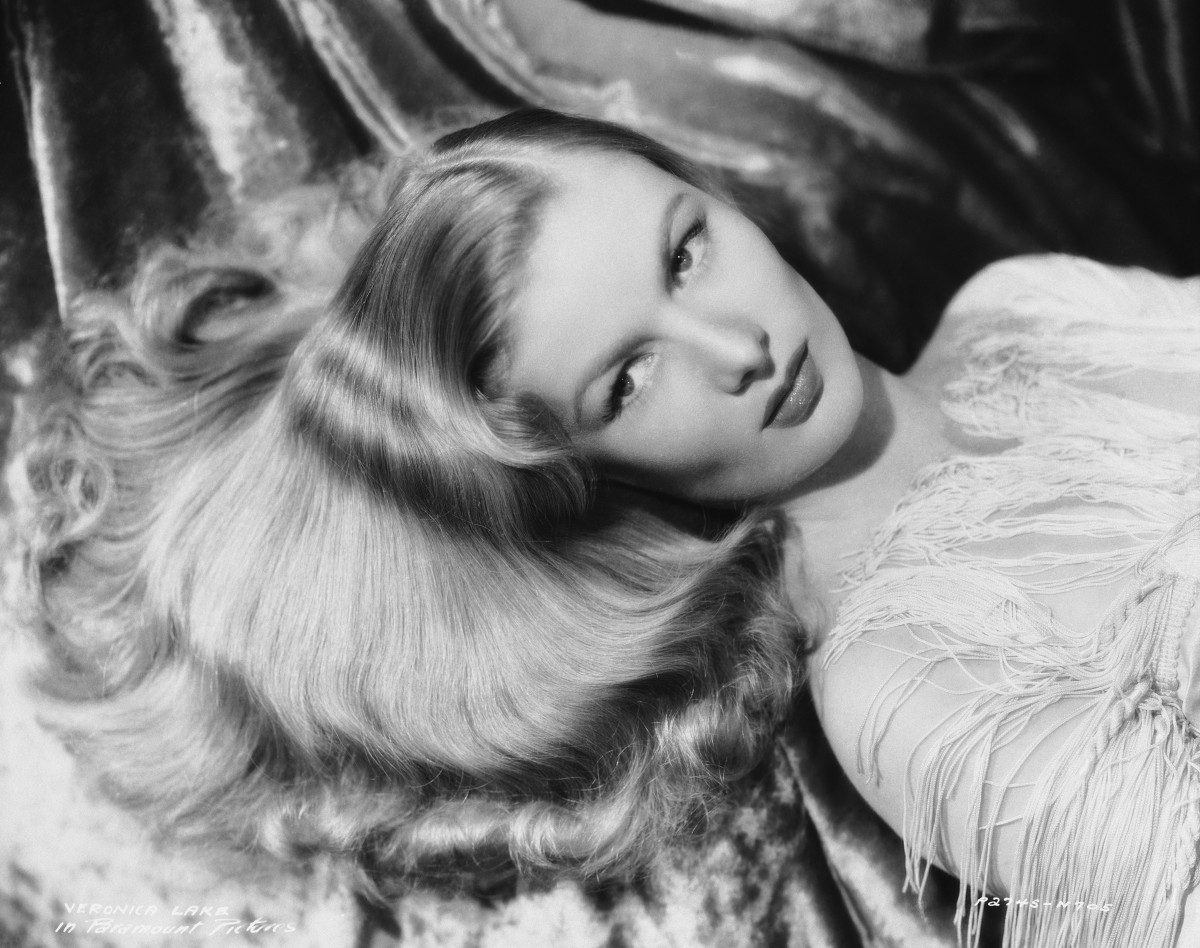 To this day she is still the most stunning & iconic femme fatale…side swept, tumbling waves of hair. One eye always covered, creating a hint of allure and mystery…she was Veronica Lake, Paramount’s #1 female star through the 1940’s. Born Constance Frances Marie Ockelman in Brooklyn, New York, even as a young girl her mother recognized her ethereal beauty, natural charm and talent for acting. Arriving in Beverly Hills, California, she was enrolled in the Bliss Hayden School of Acting in Hollywood. Her big break arrived in 1941 with the film, “I Wanted Wings”, catapulting her to stardom. It was during that filming that Lake developed her signature look. Lake’s long blonde hair accidentally fell over her right eye during a take and created a “peek-a-boo” effect. The hairstyle became Lake’s trademark and was widely copied by women and still remains a go to look for celebrities the word over.

TREND REWIND: THE RETURN OF THE RAZOR CUT
During the 90s, feathery styles reigned supreme…crafted skillfully by hairdressers wielding the razor. But now that texture is BACK in a big way, razor cuts are the trend sweeping Instagram.

Razor cuts create effortless volume, movement and texture, where the style gives off more of a messy bed head vibe than a clean cut. It is truly, the best tool to remove volume from hair by collapsing the cut without adding layers. It can also be used to create texture. You’ll love using it on fine hair types because it means you don't have to sacrifice the fullness of the hair. A razor works great to create movement on all hair types.

Understandably, a bad razor cut (often resulting in frayed ends) can train you to stay far away from them, but practice will make perfect. The razor should always be used very deliberately and should never damage the hair. Despite what people think, you can use a razor on straight hair, curly hair, super-curly hair, fine hair, medium hair, and especially on thick hair. The key to a good razor cut is training and practice!
.
.
.
.
#hair #fashion #beauty #hairdressing #shehair #shehairextensions #salonbusiness #salonbiz #hairextensionbusiness #hairtrend #hairart #hairgoals #modernsalon #americansalon #extensives #sheextensives
... See MoreSee Less

PRETTY IN PINK WITH SHE!
For clients who may want to dabble with a little Instagram worthy hair options before summer is out, suggest Extensives Fusion Tape-In Extensions. This look was created by Jordan Glindmyer, a hairstylist based in Scotia, New York. She created this “pink cloud” trend and it’s dreamy!
.
.
.
.
#hair #fashion #beauty #hairdressing #shehair #shehairextensions #salonbusiness #salonbiz #hairextensionbusiness #hairtrend #hairart #hairgoals #modernsalon #americansalon #extensives #sheextensives ... See MoreSee Less