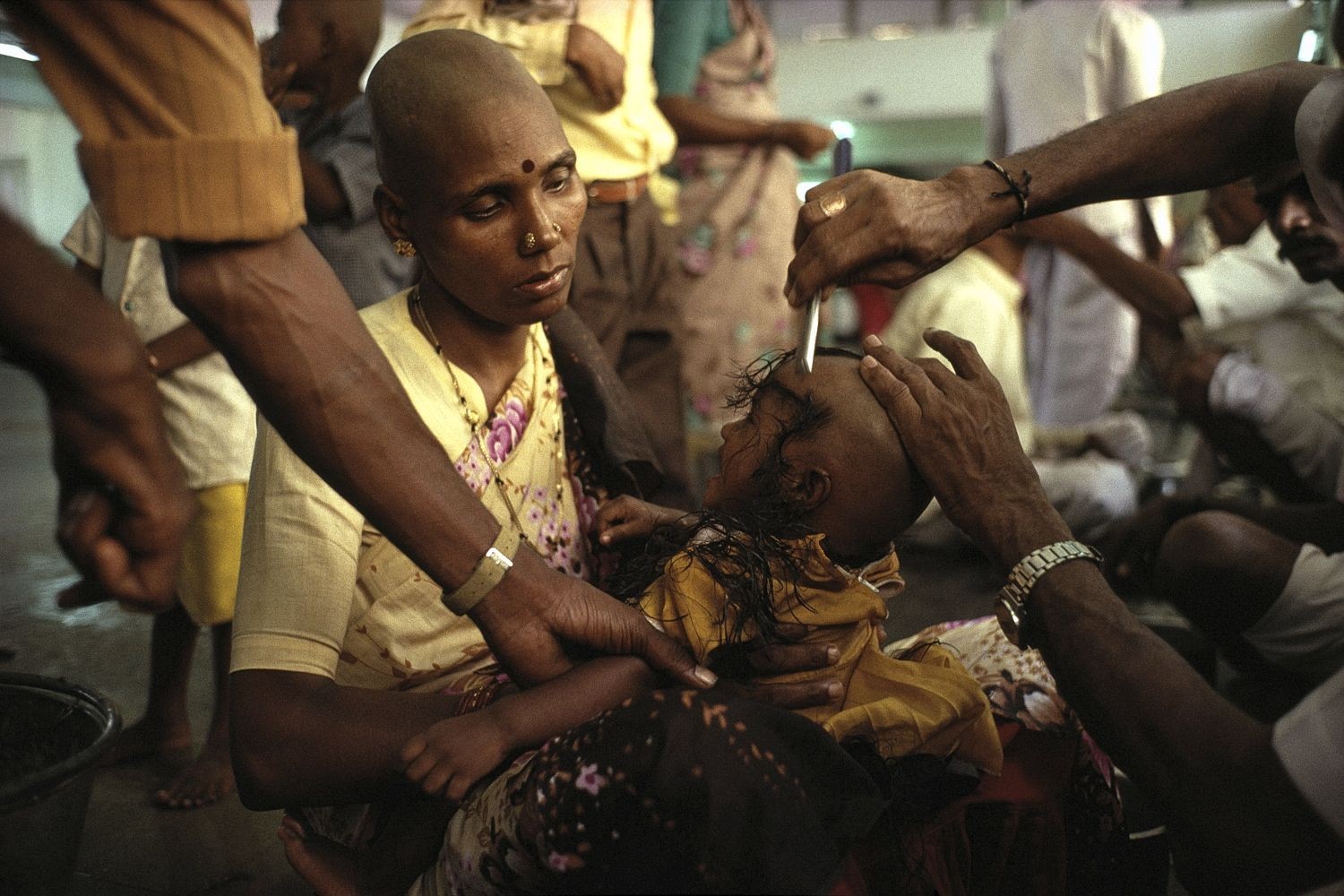 For something that once was predicted to be a short lived trend, hair extensions have become a booming business and one of the fastest growing services in the professional beauty industry…exploding at a growth rate of 40% year after year. The number of U.S. salons offering them has risen 28.5% in the past 2 years.

Yet for all the beauty, instant transformation and stunning results we see…there is a little known “dark side” of the industry. With the exception of a handful of manufacturers such as SHE Hair Extensions, most hair comes from countries where long, natural hair remains a badge of beauty – but where the women are poor enough to consider selling a treasured asset. Do you know where your hair extensions are sourced from? Have you ever asked?

Hair historian Caroline Cox shared some truths with UK newspaper, The Guardian in which she brings true stories of exploitation that has underpinned the industry since false fronts and hair pieces became popular modern times. “It’s taking advantage of those who are disadvantaged,” she says. “Working-class women’s hair is used to bedeck the head of those who are more privileged. It’s been going on for hundreds of years.”

Much of the hair on sale comes from small agents who tour villages in India, China, and eastern Europe, offering poverty-stricken women small payments to part with their hair.

Much of the hair on sale comes from small agents who tour villages in India, China, and eastern Europe, offering poverty-stricken women small payments to part with their hair. As one importer, based in Ukraine, told the New York Times recently: “They are not doing it for fun. Usually only people who have temporary financial difficulties in depressed regions sell their hair.” More worryingly, back in 2006, the Observer reported that in India some husbands were forcing their wives into selling their hair, slum children were being tricked into having their heads shaved in exchange for toys, and in one case a gang stole a woman’s hair, holding her down and cutting it off.

When Victoria Beckham said in 2003 that her “extensions come from Russian prisoners, so I’ve got Russian cell block H on my head”, she may have been joking, but it was not long until the Moscow Centre for Prison Reform admitted it was possible: warders were forcibly shaving and selling the hair of prisoners. Thanks to such horror stories, reputable companies try to ensure the hair they sell is “ethical”.

Balmain Hair, Riley explains, has been sourcing hair from China for almost 50 years, and pays women the equivalent of a man’s six-month salary (although she cannot give me an exact figure). However, not all companies pay donors. In temples in south India devotees travel for hundreds of miles and queue for hours to have their hair tonsured, or ritually shaved. Some have prayed for a child, others for a sick relative or a good harvest, and when their prayers are answered they offer up their hair. According to one report, most are rural women whose hair has often never been dyed, blow-dried, or even cut and is worth around £200. The hair is then sorted and sold, often by online auction. Last year Tirumala temple, apparently made 2,000m rupees (more than £22m), from auctioning hair. Great Lengths, who sell “temple hair”, point out the hair is donated willingly, and they have a representative based in India who buys it straight from the temple, and ensures the money is funneled directly back into the local community to fund “medical aid, educational systems and other crucial infrastructure projects”.

We believe that beauty is as beauty does…and with all the choices out there today for hair extensions, make sure whomever you choose is sourcing their hair ethically from countries that do not exploit the underprivileged.

SHE STUNNER
Amazing work by @markusmuatheisen