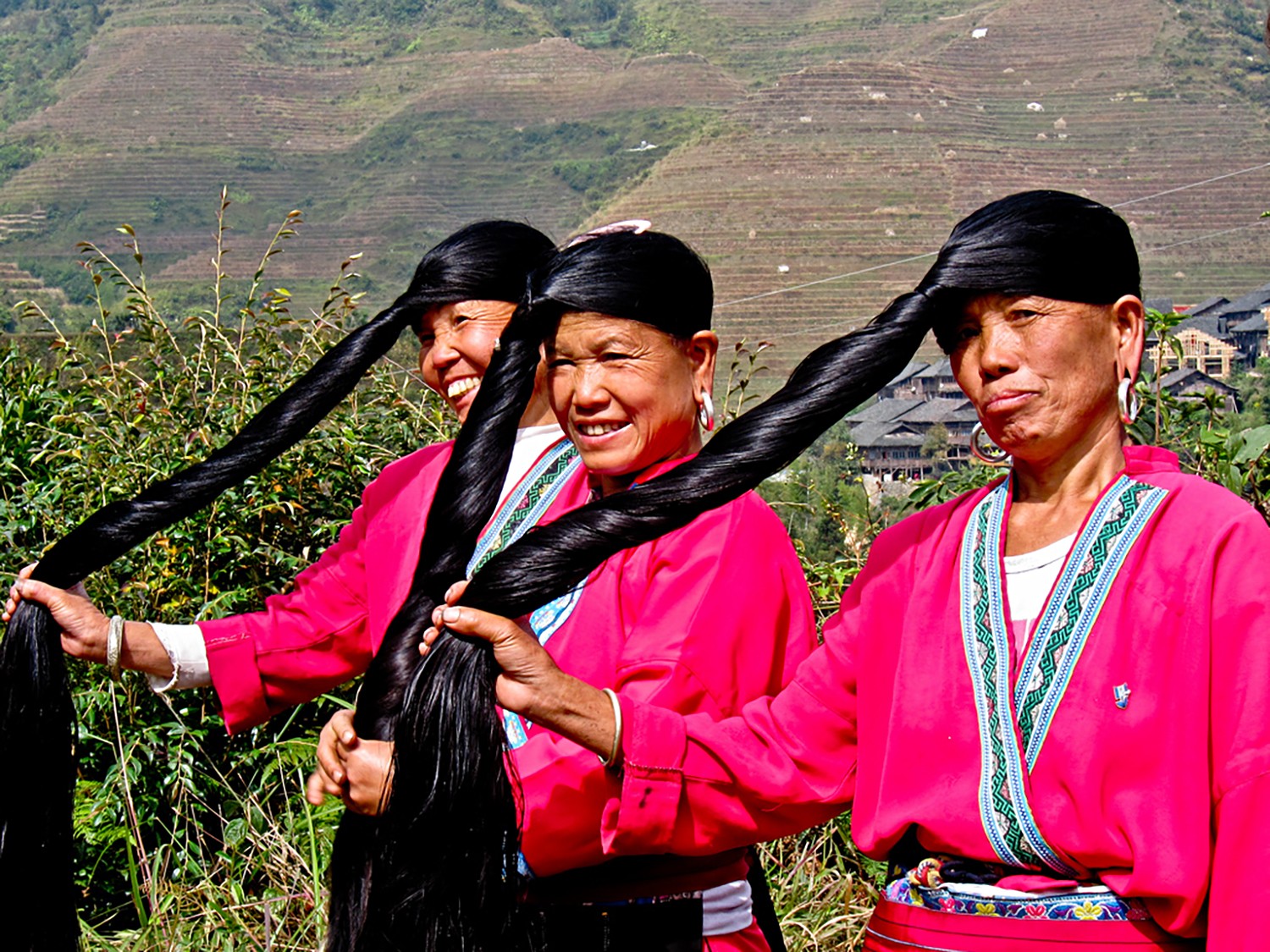 Throughout Asia, the secret women have been hiding from the world for millennia is not found in forests, plants or science. It’s found in the kitchen. Unlike the rest of the world, Asian women do not throw away the water in which they washed or boiled rice. Instead, they make a concoction out of it and use it on their face and hair.

This haircare beauty practice came into existence when women farmers in China, Japan, and other southeast Asian countries bathed in the water used for cleaning rice.

Yao women from Huangluo village in China have an average hair length of about 6 feet. These women made it to the Guinness Book of World Records as the ‘world’s longest hair village’. Strangely, these women did not have grey hair until their late 80s. The Yao women reasoned that the fermented rice water, which they used to cleanse their hair, kept their hair dark, shiny and long. The contents in the rice water helped these women de-tangle and manage their long hair. These women usually wrapped their hair around their heads in an elaborate high bun that is fondly called the ‘gazing god’s bun’ or the ‘cloud bun’.

A research article that appeared in the International Journal of Cosmetic science proved that this remedy is effective. The researchers studied the history of hairstyles and hair care practices of Japanese women, and found a very close relationship between the two. According to the study, “the court ladies of the Heian period, whose beautiful long hair, called Suberakashi, reached to the floor, were said to have combed their hair each day using Yu-Su-Ru (rinse water obtained from the washing of rice). Rice is considered to be the most important food in the Japanese diet, and the historical fact that rice was used for hair care is very interesting.”

The researchers focused their attention on the Yu-Su-Ru hair care practice and examined its effects on hair. They found that Yu-Su-Ru exhibited haircare effects, such as reducing surface friction and increasing hair elasticity.

The rice water will prove to be more effective when  left to ferment. This water is slightly sour and is abundant in antioxidants, minerals, B vitamins, vitamin E, and traces of pitera, a substance produced during the fermentation process. Many beauty experts regard pitera as an anti-aging elixir, as it promotes cell regeneration.

The fermented rice water can also be used as a face cleanser and is capable of tightening the skin, shrinking the pores and reduce fine lines.

So, next time you clean or boil rice, think twice before throwing away the leftover water!